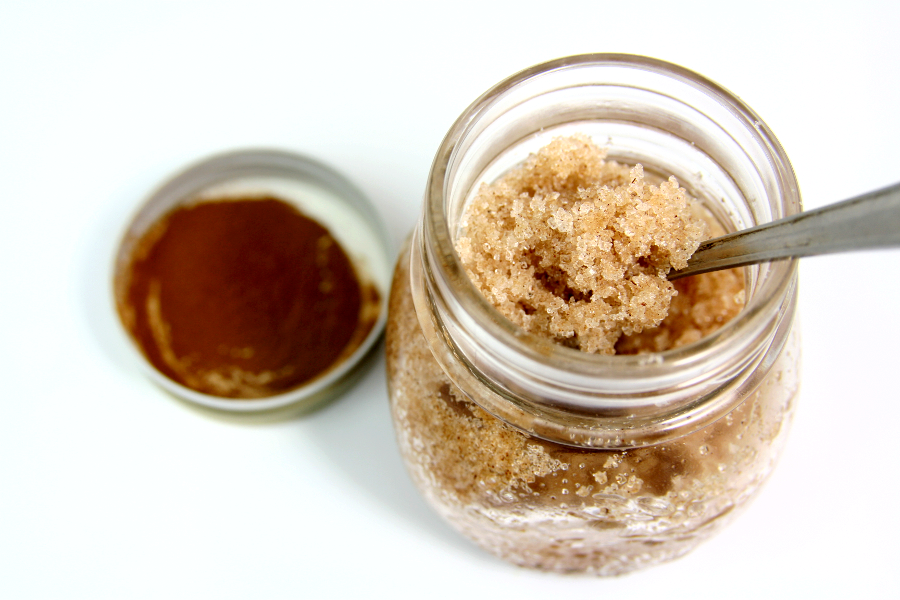 DIY Brill home cosmetics with cinnamon. You must try them!

Do you like the flavor of cinnamon? I bet that most of you do. But do you know that this spice can be a wonderful cosmetic constituent?

Cinnamon makes a really incredible constituent of homemade cosmetics. It’s well-tolerated by skin and it turns out to be also pretty beneficial for our entire body. Tired of using the same cosmetics over and over again? Owing to cinnamon, will you enrich your daily beauty ritual easily! What effects can you expect? Girls, trust me, you will surely fall in love with most, if not with all the recipes I’m giving you below.

Cinnamon in cosmetics: Properties and benefits

First and foremost, cinnamon is mostly appreciated for its strong effect of improving skin resilience. Also, it warms body up which translates to boosted blood flow. This means that cinnamon increases metabolic rate in skin tissues. I guess that many of you know that it’s been a few years now since cinnamon is considered as one of the best natural substances for those who struggle with cellulite. Also, those who are trying to lose some weight also treat their skin with cinnamon to prevent the nasty side effects (loose skin).

Secondly, cinnamon displays astringent-like properties, which means that it’s able to contract of skin tissues. Personally, I’d compare the effects to what cosmetic clay is able to give you. For that reason, you should consider cinnamon as a potent constituent of skin cleansing products. Moreover, cinnamon relaxes skin and alleviates stress symptoms. Additionally, this natural substance reduces visibility of skin pores, is antibacterial, eliminates acne, brightens skin up, deals with discolorations, frees skin from toxins and shields from UV rays. Actually, it can be said that cinnamon gives you the same effects as charcoal, salicylic acid and white clay combined! The last advantage to mention is that cinnamon is cheap so you can buy tones of it and use freely! 🙂

Okay, so now you know what to expect from this spice. Now, let me give you a few recipes for homemade beauty products with cinnamon. I hope your skin and hair will enjoy it 🙂

Now, you have to combine the ingredients thoroughly. Apply the scrub to your face and body, but please remember to avoid eye skin area. Of course, use circular motions and once the sugar melts, you can rinse the rest of the scrub with tap water. Just one use is enough to feel that the skin is moisturized, soft and pleasant to the touch.

This mixture is just out of this world! These warming-up properties of cinnamon make it a perfect constituent of your next relaxing bath. I guess, there is no better way to relax your body (after a long day on a slope) than cinnamon bath 🙂 Here are the ingredients you need:

Take a pot and put there all the ingredients. Keep boiling for 30 minutes. Then, strain and pour the infusion to a bathtub filled with warm water. Now, you can lie and enjoy the aroma! When it comes to the effects, such cinnamon bath relieves muscle, joint and backbone pain, but that’s not all. As mentioned earlier, cinnamon increases metabolic rate in tissues so such bath deals with cellulite! <3

There are two ways of making use of cinnamon to improve hair: as a deeply nourishing hair mask or hair wash. Cinnamon makes strands stronger and prevents thinning and breaking. Obviously, preparing such cinnamon hair treatment is banal. The good news is that this hair conditioner can be used every day. The results are really something! Prepare:

Mix both ingredients and apply to hair and scalp. Let it sit for 15-30 minutes and then wash the hair with a shampoo. In general, cinnamon reinforces hair whereas argan oil moisturizes and regenerates damaged hair. Since cinnamon warms skin up, it also affects follicles which means that they start working more effectively. As a result, hair grows faster and is more beautiful.

And here is a weapon that will help you fight back acne, blackheads and other blemishes. You can apply it topically but you can also spread it all over the face. Obviously, there is nothing complicated about preparing cinnamon face mask. You need the following ingredients:

Combine the basic ingredients. For more nourishment, use honey. The face mask would get heavier but you will supply your skin with nutrients. When you combine cinnamon with banana and a teaspoon of lemon juice, you will create a potent antiseptic that reduces acne and discolorations. Also, you can expect cinnamon face mask to improve your skin and help it regenerate faster.

How do you like my ideas of introducing cinnamon to daily beauty rituals? Have you found your new favorite homemade cosmetic? Do you know any recipes for homemade beauty products with cinnamon?

Hey! Are you looking for reliable opinions about cosmetics? Maybe you need some practical advice on the issue of care? I'm Olga and I’ll be more than happy to help. Everything you are looking for is on this blog. Have a look!